One last good one: Bullets, Bums and Barack

Hope. Now I have it.  I’m so excited to see what Barack Obama is going to do with his presidency!  I feel proud for the first time that I am an American; that I had the chance to vote, to make a difference.
My interview project is nearly complete.   From September 17th – November 4th, I attempted to interview one person a day as an exercise to keep me writing.  The result is pretty amazing.  It’s a journal of New York City as we prepared to elect the first Black president.   On September 17th, the day after I arrived  in New York after spending two weeks in California, I was suddenly overwhelmed by the beauty of the city in the fall.  It was as if someone had put V-juice in my coffee.  Or, I was in love again with New York.  The trees, the air, the people…everything was cracking with change.

All around me I was allowed to engage in political discussions and activity like never before, so that’s when I decided to start The Pop Cycle.

One minute I was getting  my hair done, the next minute the girl tells me she’s from Alaska. So I decided to take action and launched into my very first interview on September 17th with Melody Olsen, a hairdresser.   Normally I asked people a few key questions, which are:
“What do you like most about New York?” “Who are you going to vote for?” Why?
And my favorite, “What’s the craziest thing that ever happened to you in New York?”
My other rules: You had to be sitting across from me (no phone or emailing responses for the most part) and I had to take your picture on the spot.
Some of the late interviews that didn’t make it into the post were too great to toss, so I will at least try to mention them here.
Last Friday I was out with my friend Marisol for a stroll around my hood.  Marisol just started a new job as a theater teacher for an urban school in NJ. 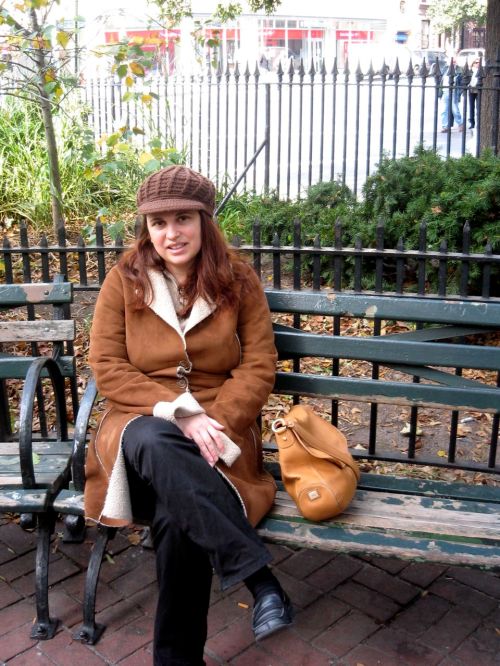 We got coffees at Joe’s and ended up at Sheridan Square, a sinister little drug park located right off 7th Ave and Christopher.  To be candid, I wouldn’t sit in the park if I were alone; it’s full of Crack dealers.  But Marisol and I decided it was the best location for me to take some notes during The Pop Cycle interview.  Just as I was taking her photo, an ominous looking man walked up to us and asks if he can take our picture (with my camera).
“Only if you promise not to run away with my camera,” I said.
“Me?” he said.
Hmmm.  He actually seemed nice enough.  So instead of Marisol, I turned my attention to my first criminal.

Who: “Jose”
Where: Sheridan Square, NYC
Occupation: Ex-convict
Marisol asked Jose about his necklace which seemed to have some symbolism.
“How’d you know about that?” He said, seeming shocked.
“I’m a Latina,” she said proudly.
Marisol, who has light skin and beautiful brown eyes doesn’t necessarily look Latina, but just talk to her and you’ll get it.  When we first became friends as students at the then Actors Studio Drama School, I was shocked by her stories.  Marisol had seen her fare share of violence while living in LA.
“I was trying to fit in and be part of group, it was very close to a gang situation.”
“Jose” was in gangs too, but his were more dangerous. So I asked him a few questions:
“The gang life was great when I was young.  I was driving a BMW.”
“And what about prison?” I said
“I don’t know…I was stabbed four times in prison and shot twice on the streets of New York. You tell me, what do you think is safer?”
Now Marisol is reformed from her gang teenage days. Standing before me is a proud Latina, a teacher, a wife and a woman who, with persistence and hope gets what she wants.
“I pray as often as possible,” said Marisol.
“So do I,” said “Jose.”
“And what are you doing now?” I asked “Jose.”
“Enjoying my freedom.”
“Oh yeah, who are you voting for?”  I ask
“Obama.  But I can’t vote.”
Next up: 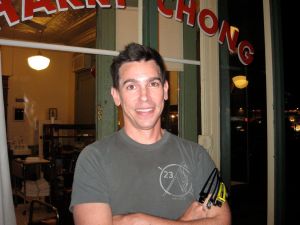 Who: Ricki, owner of Snip and Sip
Ricky is my hairstylist who not only has the coolest looking shop in New York – he’s also the most amazing hairdresser.  Seriously, he makes me look fab. 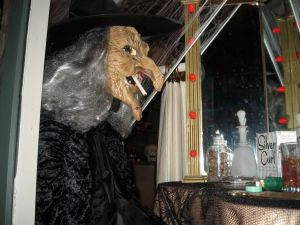 Who: Francesco Rulli Owner of Filmannex.com

He told me outside of September 11th, the craziest New York adventure was “having children. They are like little monsters.”  He said this in a loving way, actually like someone who sees things through a lens, like a filmmaker.

On election day, I ran into my old friend Kate Sessions at Joe’s, so I sat down and chatted with this North Carolinian native, before we both ran off to watch election results.

Who: Kate Sessions
Where: Joe’s Coffee House, West Village
Occupation: Actress
The most exciting thing about Kate at this very moment is that she absentee voted in North Carolina.
“I always do,” she says with a twang.
So, to cut to the chase – what’s the craziest thing that ever happened to you in New York?
“When I first moved to New York , I was working late at a bar, standing behind the counter, and at three in the morning, a bullet came through the ceiling above, just missed me, hit the bar, ricochet to the mirror behind me, smashed it, and then flew into my metal shaker, which I used as my tip cup.”
I was pretty much speechless after hearing this story.