Is Time on our Side?

This whole week felt like a struggle with time.  But really Isn’t every single moment in life about struggling with time, unless we stop time?
On Wednesday after many failed attempts to write or get anything done, I went to Grounded only to find that there weren’t any tables available to write. I found a tiny space on a bench and shared it with a lady who looked like a writer.  I hadn’t interviewed anyone that day and it was nearing 5PM.
I explained what I was doing, and she thought it sounded like a great idea, so we agreed to chat before we both left the cafe. 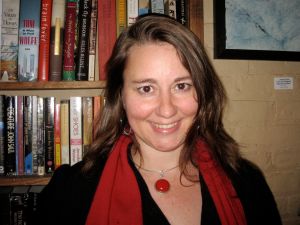 Who: Annellise Sorensen
Where: Grounded, NYC
Occupation: Freelance Travel Writer
Annelise is a fun person with a great smile and a thick mane of hair.  I am good at telling signs, so I immediately guessed that she was a Leo.  There are a few signs I’m very good at guessing: Leo, Taurus, Sagittarius, Aries, Aquarius, Gemini, sometimes Scorpio.
Leos like to talk, have big heads with lots of hair.  My best friend is a Leo, and so was my best friend at work for a year.  So I know Leos.
They also have big laughs, like a lion.  Leo, get it.
Annelise and I had a lot to talk about –we have a lot in common, besides the Leo-Bull connection. END_OF_DOCUMENT_TOKEN_TO_BE_REPLACED

NYC Train Interviews
Thursday is the day I go to White Plains to take care of my aunt, so it’s not usually very exciting.
I asked the mustached train conductor what the craziest experience he’d ever had on the train.
“Oh lots of things,” he says.
“Like what?”
“People having fun.”
“Fun drinking, fun what?”
“You know, having fun.”
Oh, I get it.  Okay.  Having “fun.”  I say this while I am imagining the scene from “Risky Business.”
“Can I take your picture?”
“No  way.”
The lady across from me who was wearing sexy smart glasses and an interesting animal print dress and high brown boots asks what I’m doing.
With a smile ear-to-ear she came and sat next to me and we chatted the rest of the way back to New York City.
“You know I have to interview you now, right?” I said.
“Oh no. I’m so boring,” she said with a smile.
You know, I’d rather interview someone who says that they are boring than someone who is supposed to be exciting who ends up being boring. 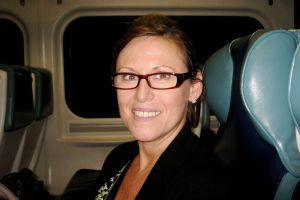 She could be Molly Shannon

Who: Jackie
Where:  Metro North, heading back to New York City from White Plains
Occupation: Research Pharmacist
Jackie is a self-described optimist; the book she was reading about “Change” was just proof of her desires in life.
“I tried to be a real-estate agent once, but that didn’t work out.”
Jackie wants to be open to change, but obviously it hasn’t been in her past.  She stayed at one job for 13 years and when I asked her how long she’s been living in NYC, she said: “19 years,” before telling me that she was born and raised in Brooklyn.
So, really she’s been in NYC her whole life.
“Most people aren’t open to change, but not me,” she says with a renewed freedom.
Jackie loves to travel though and through her work, she’s been all over the world.
“Thailand was my favorite.  I just loved the people there.”
Of all the people I’ve met, Jackie had the least to say, but was the most happy and optimistic about life.  She reminds me of Molly Shannon in “The Year of The Dog.”
“Change is good,” she says with an even bigger grin than before.
There was something about her. She could be an actress. I can see her in one of my plays.
“Really?” she says.
“Yes, absolutely.”
Hopefully this is a Democratic change.
I took some photos of some people on my way home to watch the debates.
My husband wanted me to wait for him, but I couldn’t.
Here’s a weird thing and I’ll just say it.  I can’t keep my eyes off of Sarah Palin.
Okay, I said it.
Onward.
It’s really horrible that she uses her charisma and hotness to get ahead, or is it?
The things that Tina Fey makes fun of about Sarah Palin — the winking, the kiss blowing, the effusive goofiness, the hairdos, the hot outfits, I don’t know.   Is that really wrong?  Just look at what America appreciates.
As a woman and a feminist, it disgusts me that she’s chided for this. Obviously using her good looks is something that’s gotten her ahead in this world, why should she stop now?
Hillary was booed for her poor outfit choices and harshness.
We are either not pretty enough or too pretty, but that’s what people talk about with women instead of what’s really important.
Sarah Palin is not qualified to be president.  That’s the only thing that’s important to know about her.
Anyway, I had all kinds of plans, but ended up lying around my apartment all day hoping to feel better.  It never happened.
Finally at 3PM Beatriz came by and this would force me to leave my den.  Beatriz is the daughter of Maria our once-a-week cleaning lady.
Maria, Beatriz mom, put both of her daughters through school by cleaning houses for a living in NYC.  We inherited Maria as our cleaning lady when we got our apartment six years ago.  If you are wondering, “oh she has a cleaning lady” – I married into the cleaning lady deal.  I never grew up with one and never had one before.  It was my husband’s thing, but sure, a great idea.
Maria’s set of keys proves to me that she probably has 40 clients.  So over the years her daughters have come in and cleaned in her place; secret-cleaning genies who did things a little more detailed than their mother.  I often hoped that these girls would grow up and take good care of their mom; she deserves it.
Laura the elder is now a Police Officer.  Beatriz, the younger is an up-and-coming filmmaker, and I hadn’t spent any time with her until recently because she was studying in Spain. 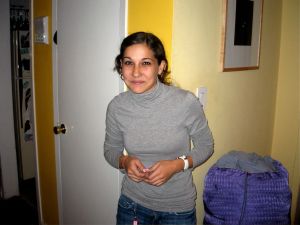 Who: Beatriz
Where: My apartment
Occupation: Filmmaker
Beatriz is a like a little wind-up doll filled with extra batteries.  She talks a mile a minute and is doing a million things at once, including cleaning our apartment.
“Did I tell you that I got a job working with a production company that does gay sit coms?”
“Great,” I say as I get out my tape recorder.
I’d like to interview Beatriz.  I think she’s full of hope and excitement, but she talks too fast, even for my tape recorder.  Or maybe I am just too slow today.

Here’s some random photos I took of people around my hood. 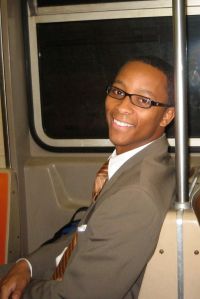 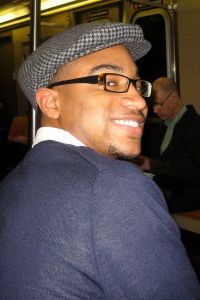 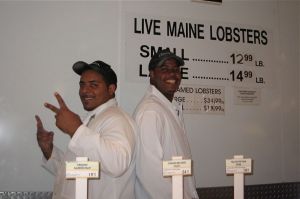